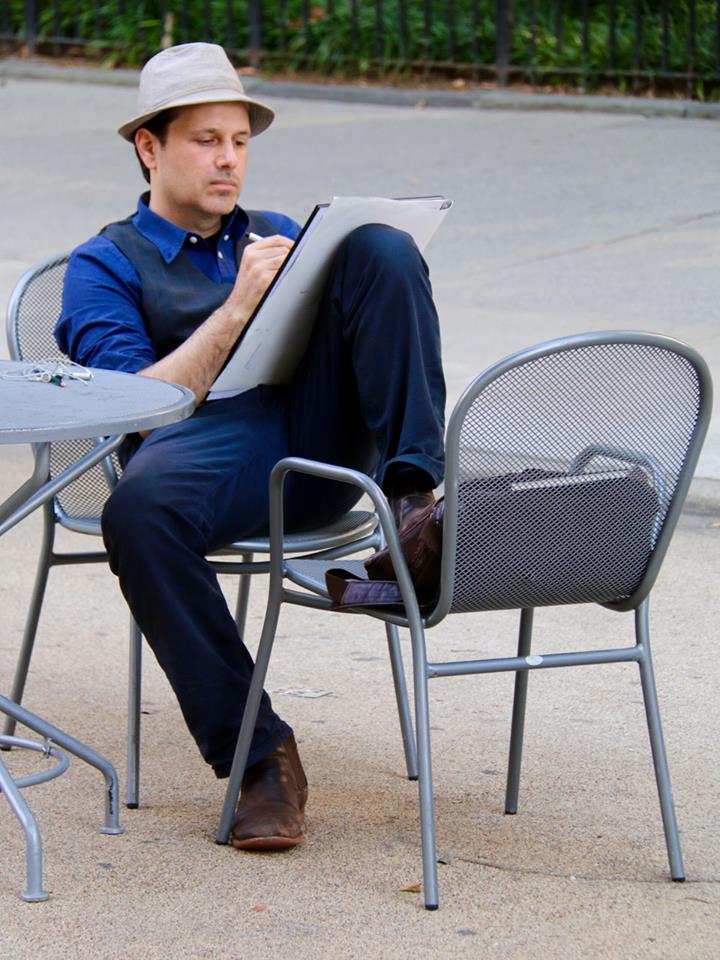 Mr. Levenson began his artistic career shortly after graduating from Sarah Lawrence College in 1994 when he became the youngest artist to be represented by Wally Findlay Gallery in its then 126-year history. He has gone on to show at several prestigious galleries including, Elaine Benson Gallery and Grenning Gallery. His oil paintings, watercolors, and drawings are currently represented by Cavalier Galleries Inc. located at 3 west 57th street, New York City, with additional locations in Greenwich Conn., and Nantucket.

In 2011, Mr. Levenson was commissioned by the MTA Arts for Transit Program to create a large-scale permanent installation at the Beach 60th Street A Train Station in New York City.

Writing has always held an additional interest for Mr. Levenson throughout his artistic career. He has written and optioned two films to 20th Century Fox.

In 2013, Mr. Levenson created Drawing New York, an organization that creates original programming for cultural institutions including, The Morgan Library and Museum, The Museum of The City of New York and The Museum of Arts and Design.

Mr. Levenson teaches oil painting at The Art Students League. He is an instructor of drawing at The Morgan Library and Museum, The Museum of The City of New York, The National Arts Club.

Mr. Levenson served as a judge for The Morgan Book Project 2017-2018 and has taught subjects for The Morgan Library and Museum including Drawing in Tintoretto’s Venice • Thomas Gainsborough: Experiments in Drawing • Power and Grace: Drawings by Rubens, Van Dyck, and Jordaens • Drawn to Greatness: Master Drawings from the Thaw Collection • Poussin, Claude, and French Drawing in the Classical Age • Martin Puryear: Multiple Dimensions • Rembrandt’s First Masterpiece • Piranesi and the Temples of Paestum: Drawings from Sir John Soane’s Museum